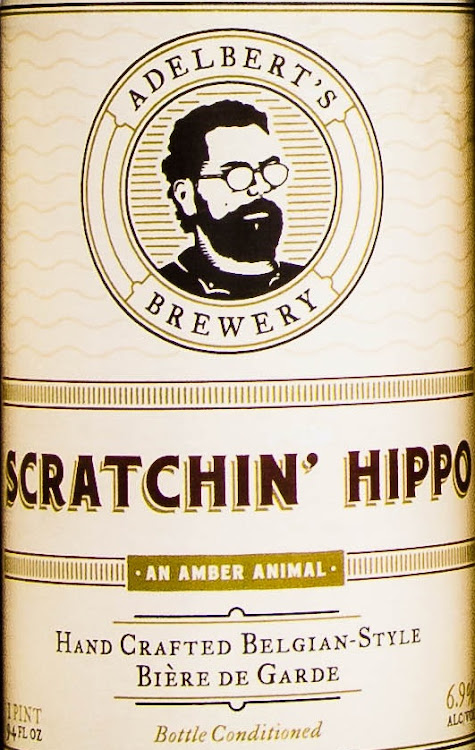 Named to commemorate a night when the Naivasha House in Kenya was shaking so strongly Del thought it was an earthquake. It turned out to be a hippo from lake Naivasha scratching itself against the house. Scratchin' Hippo is a dark reddish-brown ale brewed in the style of a traditional, rustic artisanal French farmhouse ale, Bière de Garde. Complex flavor profile with a prominent malty sweetness and earthy character. Goes well with hearty rich foods like steak, roasts, or beef stew.

Food Pairing: It pairs best with rich foods like steak and barbecue.

Heads up! Adelbert's Scratchin' Hippo may not be available near you. Follow this beer to get notified when it's available nearby, try searching in a different area, or discover some similar beer.