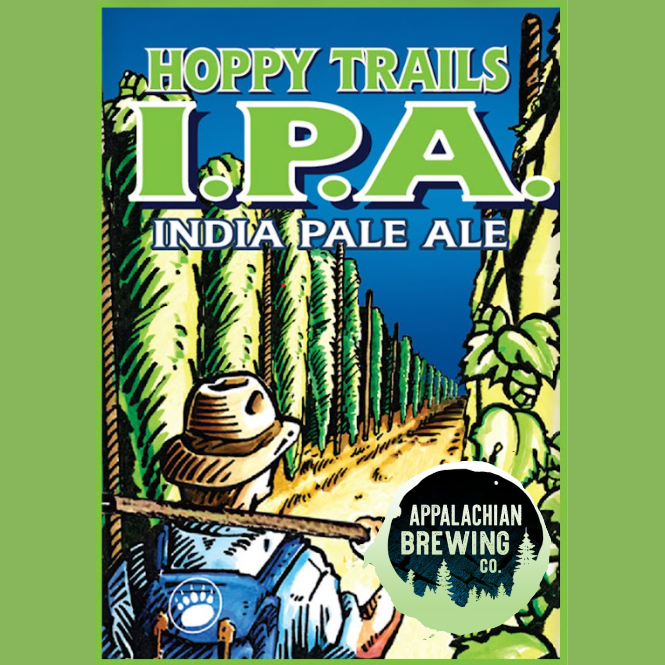 This classic American Style IPA is quickly becoming a local favorite. Brewed with a blend of Millennium, Amarillo, and Centennial hops, this beer truly satisfies the “Hop Head” in many of us. With floral aromas, a rich malt bill, and golden copper hues, our IPA will take you down a trail of pure hoppiness. When India was part of the British Empire, pale ale shipped to the troops would often spoil due to the rough voyage and temperature extremes. The brewers had a theory that if they loaded the beer with extra hops, the hops would preserve the beer. Of course, this added significantly to the beer’s flavor and aroma. When the troops returned to Britain, they had become “hop-heads”, appreciating the beauty of the hop “over-influence”.

Heads up! Appalachian Hoppy Trails IPA may not be available near you. Follow this beer to get notified when it's available nearby, try searching in a different area, or discover some similar beer.