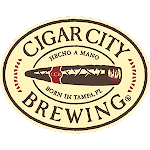 The Cracker Cowboys of Florida were colonial-era settlers, often of Scots-Irish descent, who arrived in Florida when Spain traded their territory of La Florida to the English. The term Cracker in Florida usage relates to the whip these "cow hunters" used to herd cattle in Florida’s Palmetto Prairies. Called Quáqueros by the Spanish, these hardy and hard working Cracker Cowboys helped to shape the history of Florida, the nation’s oldest cattle raising state. We brew Florida Cracker White ale with unmalted wheat, orange peel and coriander and then ferment it with a French Saison yeast strain to give it a spicy and dry finish. Perfect for a warm day on the Palmetto Prairie.

Heads up! Cigar City Florida Cracker may not be available near you. Follow this beer to get notified when it's available nearby, try searching in a different area, or discover some similar beer.