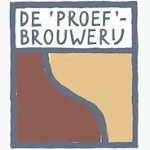 Left Hand Brewing Co.’s founder Eric Wallace has spent much of his life traveling and living in Europe. His appreciation for the finely crafted beers of Belgium and Europe inspired him to build Left Hand Brewing Co. in the shadows of the Rocky Mountains in Colorado in 1993.

Twenty-one years later, we are excited to collaborate on a unique blend of their infamous Wake Up Dead Imperial Stout and De Proef’s Zoetzuur. The resulting beer is nearly black with roasted malts contributing complex flavors of licorice and blackstrap molasses balanced by lively herbal hop notes. The heavy
foundation of the Wake Up Dead is enlivened by Zoetzuur’s tart cherry flavor and acidity from its mixed yeast fermentation.

Heads up! De Proef Left Hand Wekken Sour may not be available near you. Follow this beer to get notified when it's available nearby, try searching in a different area, or discover some similar beer.