Available only at Brewpub.
Chicha is the quintessential native corn beer throughout Central and South American. Indigenous versions with local variations exist in Chile, Bolivia, Colombia and many other countries.
Dogfish Head Chicha is most closely based upon Peruvian brewing traditions. We've sourced indigenous ingredients to make the most authentic interpretation possible: organic pink Peruvian pepper corns, yellow maize and organic Peruvian purple maize. We also use local (US) strawberries - a traditional chicha ingredient that we chose to source locally as we were worried Peruvian strawberries would spoil in transit.
The most exotic and unique component of this project, from the perspective of the American beer drinker, happens before the beer is even brewed. As per tradition, instead of germinating all of the grain to release the starches, the purple maize is milled, moistened in the chicha-makers mouths (which we did right here three weeks ago in our Rehoboth brewery), and formed into small cakes which are flattened and laid out to dry. The natural ptyalin enzymes in the saliva act as a catalyst and break the starches into more accessible fermentable sugars. On brewday the muko, or corn cakes, are added to the mash tun pre-boil along with the other grains. This method might sound strange but it is still used regularly today throughout villages in South and Central America. It is actually quite effective and totally sanitary. Since the grain-chewing (known as salivation) happens before the beer is boiled the beer is sterile and free of the wild yeast and bacteria you would find in modern Belgian Lambics.
Dogfish Head Chicha is 6.2% ABV, cloudy and unfiltered. It has a beautiful-purple-pink hue from the Peruvian corn, strawberries, and tree seeds - it's dry, fruity, complex, and refreshing.

Heads up! Dogfish Head Chicha may not be available near you. Follow this beer to get notified when it's available nearby, try searching in a different area, or discover some similar beer. 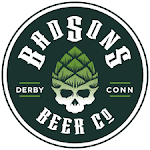 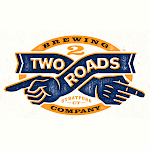 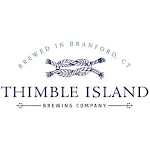