An unfiltered, 100% bottle-conditioned, super-pungent imperial I.P.A. clocking in at 9% ABV and dry-hopped with Palisade, Amarillo, Simcoe, Cascade, CTZ, and Willamette hops.
As many of you know, Dogfish Head is named after a 'head' of land off of Boothbay Harbor, Maine where company founder Sam Calagione grew up. A few years ago we discovered and fell in love with a Portland, Maine company called Rogues Gallery that makes beautiful, unique clothing. Their rustic, quality-centric creative approach mirrors our off-centered obsession with inspired brewing. Alex Carleton and the crew at Rogue's Gallery were down with getting their chocolate in Dogfish Head's peanut butter. We agreed to do a beer in keeping with their brand and a line of co-branded clothing in keeping with ours. The theme of the clothing line is superlative stuff to wear while drinking beer at a sunset beach bonfire and the clothes will be available by mid-summer 2009. The beer will come out in June of 2009 in a handful of eastern seaboard states.

Heads up! Dogfish Head Squall IPA may not be available near you. Follow this beer to get notified when it's available nearby, try searching in a different area, or discover some similar beer. 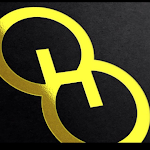 Other Half Tomato Factory

Other Half Brewing Co.Brooklyn, NY 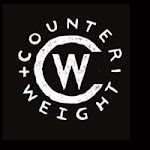