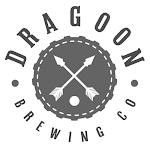 Forrest Mitchell's "Brett" IPA, Identity Crisis, beat out 28 other entries to win the Tucson Homebrew Club's 2015 club-only competition. The grand prize was to brew the winning batch with the Dragoon Team for the Tucson Homebrew Club's 21st Birthday party in January of 2016. This beer is bright, fresh, hoppy and fruity. It has just a bit of that brettanomyces-like funk.

Heads up! Dragoon Identity Crisis may not be available near you. Follow this beer to get notified when it's available nearby, try searching in a different area, or discover some similar beer.