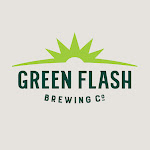 Named after a super-robust New Zealand hop, Green Bullet™ is a well-balanced Triple IPA being bottled today for the 1st time ever. Brewmaster, Chuck Silva initially released this Pacific Gem to celebrate the Green Flash 9th Anniversary in 2011, and it was an immediate hit! Now, this cult favorite will be available from coast-to-coast as a seasonal release from September through December 2013. Be on the lookout for this high-caliber addition to our arsenal in 4-packs, 22oz bottles and on draft, because you do not want to miss the release.

Heads up! Green Flash Green Bullet may not be available near you. Follow this beer to get notified when it's available nearby, try searching in a different area, or discover some similar beer. 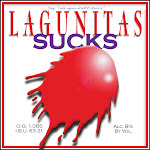 Originally brewed in 2011 as a Brown Shugga substitute, due to capacity issues. But we liked it so much it had to make a return trip.