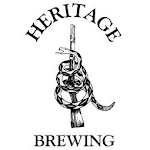 Kings Mountain marks our first debut into Scottish American history. From immortal Claymore wielding highlanders to a decorated list of Presidents, the Scots hold deep roots in our history. Kings Mountain is named after an overwhelming patriot victory in the Revolutionary war fought between forces of both Scot-Patriots and Scot-loyalists. A fitting name for a beer that holds an overwhelming malt filled flavor. Its robust grain bill of malted barley is at the forefront of its taste. Herbert Hoover once said of Kings Mountain, “This is a place of inspiring memories”, we hope that you feel the same as you enjoy our Scottish American Ale, Kings Mountain. Remember, there can be only one!

Heads up! Heritage Kings Mountain may not be available near you. Follow this beer to get notified when it's available nearby, try searching in a different area, or discover some similar beer.