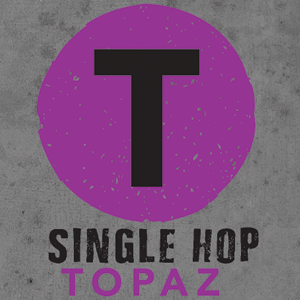 Topaz hops were originally released by Australian growers back in
1985 as a cross between Australian and English varieties, but for
decades were grown solely for their Alpha Acid content (alpha acid
is the compound in hops that contributes bitterness to beer).
It wasn't until about 10 years ago that craft
brewers began to notice the great aroma
and flavor potential of these lovely flowers.
Like many other Southern Hemisphere
varieties, Topaz is big and bold with a solid
earthy spiciness. Its high-alpha origins
shine through, contributing a sharp,
resinous bitterness that floods the palate.
As your mouth recovers from the initial
wave of intensity, softer, more subtle flavors
begin to make themselves known. Tropical fruits like passion fruit
and lychee are often described playing along side a clove-like
spiciness. The finish lingers, as flavors of pine resin and cut grass
fade gradually between sips.
Topaz is another excellent, well-rounded addition to our Single-Hop
series, and we look forward to drinking a glass (or three) on an
autumn Nor Cal evening. Cheers!

Heads up! Hermitage Topaz may not be available near you. Follow this beer to get notified when it's available nearby, try searching in a different area, or discover some similar beer. 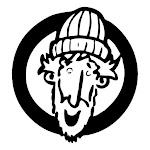 This traditional English-style IPA is a hop lover's dream with a fruity aroma, set off by a dry malt middle, and long hop finish.