This is the flagship brand of the Mendocino Brewing Company. Red Tail Ale is an amber ale brewed in a traditional Old World Manner using premium two-row malted barley, hops, our own special proprietary yeast strain and pure water. Red Tail Ale's recipe calls for generous amounts of Pale and Caramel malt balanced by whole Cascade and Cluster hops, this makes it the substantial, full-bodied amber ale that has over the years become THE LEGEND. Red Tail Hawk Red Tail Ale was first introduced on August 14th 1983, at the opening of the Mendocino Brewing Company's Hopland Brewery - the first brewpub in California since Prohibition. In those early pre-distribution days, Red Tail Ale was only served at the brewpub by the pint glass or sold in 1.5-liter champagne magnums. That six-pack, weighing in at an impressive 42 pounds, quickly became known as "The world's only 42lb 6-pack."

Heads up! Mendocino Red Tail Ale may not be available near you. Follow this beer to get notified when it's available nearby, try searching in a different area, or discover some similar beer. 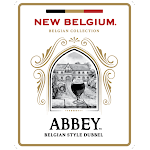 This beer is out of production!

This garnet brown hued Belgian-style dubbel is strong on character and rich in flavor. 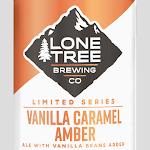