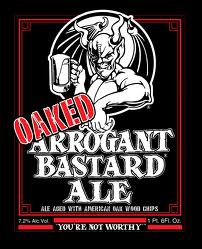 Heads up! OAKED Arrogant Bastard Ale may not be available near you. Follow this beer to get notified when it's available nearby, try searching in a different area, or discover some similar beer.