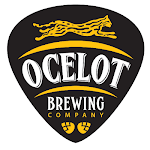 This is the third in our new series called the Reissue Series featuring a Single Hop in what I call more of a "Baby IPA". For the craft beer geeky folks like us over here at Ocelot, think somewhat along the lines of the Toppling Goliath Pseudo Sues and Three Floyd's APAs (any of 'em really) of the world. If someone were to ask me, "What does Galaxy hops taste like?" I'd probably just hand them a glass of this and tell them, "This....this is what Galaxy tastes like." We are just as excited for this as we were the Reissue:Mosaic and Ells. The brewery arguments, as always, have already begun over which hops to use next, but first...there's plenty of Reissue: Galaxy to take down! Spoiler alert...it's delicious!

Heads up! Ocelot Reissue: Galaxy may not be available near you. Follow this beer to get notified when it's available nearby, try searching in a different area, or discover some similar beer.