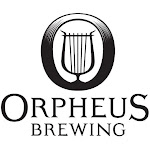 After the fateful serpent bite which killed his wife, Eurydice, Orpheus spent years wandering the earth in mourning. His sad songs eventually moved a stone and opened the entrance to the underworld, where he journeyed down to Hades in search of her. In his wandering, visions of Eurydice danced around in his head, both his curse and his solace.

Heads up! Orpheus Wandering Blues may not be available near you. Follow this beer to get notified when it's available nearby, try searching in a different area, or discover some similar beer.