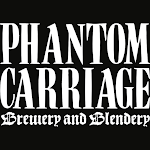 Heads up! Phantom Carriage Night Fright (Bottle Pour) may not be available near you. Follow this beer to get notified when it's available nearby, try searching in a different area, or discover some similar beer.

92 out of 100 on Beer Advocate. Ruddy brown in color, a bittersweet balance of malt and hops with a light cream finish. 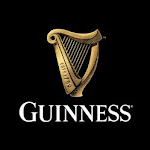 Originally shipped from London to the Czarist rulers of Russia, Imperial Stouts are stronger, richer and more robust versions of traditional stouts. The increase in alcohol content means that literally, many of these beers are a meal in a glass all on their own. Made from copious amounts of Roasted and Black Barleys, our stout invites you to share a silky black body with hints of freshly pulled espresso from the coffee house, melding with dark bitter sweet chocolate from a Belgian Chocolateer and the ash of a smoldering fire on a dark winters night. Just remember that somewhere out there, the jolly old fat man is making a list and checking it twice. He knows who’s been naughty and nice… Might we suggest that you forgo the Milk with the cookies this year and leave him of bottle of something incredibly nice- Say like Santa’s Little Helper? Mrs. Claus would probably like some as well. That is if Rudolph doesn’t drink it all himself. Bad Reindeer.