All aboard the baby tree! This is our first Pretty Things seasonal beer: A Springtime quadrupel brewed with dried plums. Batch 2 is out in stores now. Baby Tree is a Belgian-inspired beer, also inspired by springtime, lambs, Yorkshire and babies-in-trees... Baby tree is a "quadruple" brewed with a single strain of Belgian yeast. While a commonly used style name on the internet, "quadruple" isn't in fact a style name at all but a brand of beer produced by La Trappe in the Netherlands. Its found a common usage as a cover-all for the darkest and strongest beers produced by Trappist monks, mainly because they haven't named them themselves. Two Belgian brewers use the term "Abt", Flemish for "Abbot". Historically the best beer made in an abbey (by the Cistercians/Trappists at least) was referred to in Latin simply as "prima melior". This has also become a brand name in recent years.

Heads up! Pretty Things Baby Tree may not be available near you. Follow this beer to get notified when it's available nearby, try searching in a different area, or discover some similar beer.

A dark Trappist beer with a powerful aroma, the complex flavour of which improves across the years. 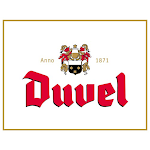 This beer takes together Pilsner malts, Bohemian hops, and a unique yeast strain to create this intense, aromatic and beguiling ale.

Allagash Tripel is marked by passion fruit and herbal notes in the aroma, with suggestions of banana and honey in the complex palate.