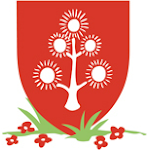 In early 2011, we once again teamed up with Ron Pattinson (our very favorite brewing Historian), to recreate a beer from history. Ron?s taken us back to colonial India in the 1850s. The rum-drinking troops (or ?squaddies?) were dying at alarming rates until a beer sent from London to India saved them. No, that whole IPA story is a bit of a ruse? In fact, India Porters outnumbered Pale Ales 2:1! This recipe dates back to a brewsheet from Barclay Perkins Brewery in London, from 1955.

Heads up! Pretty Things December 6th 1855 Eip (East India Porter) may not be available near you. Follow this beer to get notified when it's available nearby, try searching in a different area, or discover some similar beer.