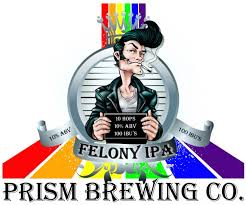 Felony IPA is an English / American Hybrid double IPA that features more European hops than American. Brewed in an English style to maintain a malt backbone and coming in at 10% ABV, 100 IBU’s and using 10 hop varieties to give it that American attitude Unlike those traditional IPA’s that hit you in the face with citrus, we prefer to sneak up on you with an amazingly smooth 100 IBUs of piney, earth, and citrusy hops and high octane 10% ABV. This translates into an experience that should be illegal.

This beer is one of the few beers in the world whose base malt is Low-Lox, an anti-oxidation malt that provides superior shelf-life and flavor stability which we believe is of utmost importance when making IPA’s. Learn more about the Low-Lox malt that we use.

We decided that although we love our West Coast brethren, we wanted to make our double IPA a bit differently. Our anti-reinheitsgebot perspective made this ‘illegal’ in our books so we made it the first of our Prison series. Originally a limited release beer it quickly became such a hit that we decided to make it available year round.

Heads up! Prism Felony IPA may not be available near you. Follow this beer to get notified when it's available nearby, try searching in a different area, or discover some similar beer. 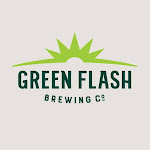 Keeps your taste satisfied while keeping your senses sharp. An all-day IPA naturally brewed with a complex array of malts, grains and hops.