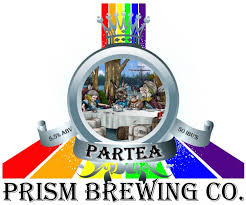 When we thought about creating a pale ale we knew we wanted to keep it approachable and not too bitter. Our English Style of brewing combined with the unique hop profile created balance between bitter and sweet but we wanted more flavor. Tea was the answer. After experimenting with different styles of tea we found that Orange Pekoe was robust enough to stand up to our methods and expectations but using whole leaf tea is a delicate process. Our brewers had to create a special method to infuse the tea directly into the boil to reduce the amount of astringency created; you should see this – it is as if they are brewing a 620 gallon pot of tea!

This beer was originally called Tea Party Pale Ale after the revolutionary act of men from Philadelphia who committed the first Tea Party by turning away an British ship of tea. Though there was no violence like the more famous Boston Tea Party, this was the spark that started the revolution and this beer was one of our first – sparking our revolution as well. Unfortunately many people confused this beer with the modern day political Tea Party movement. In one instance a Philadelphia bar returned an untapped keg of this beer simply because it was named Tea Party Pale ale!

Heads up! Prism ParTea may not be available near you. Follow this beer to get notified when it's available nearby, try searching in a different area, or discover some similar beer.