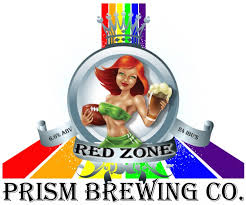 When the leaves begin to change colors and you start to get that smell of fall in the air you know it’s time for Red Zone. Our ‘football seasonal’ spiced ale is based on an Irish Red and is kicked up with cinnamon, ginger, nutmeg, allspice and Maple Syrup from Western Pennsylvania to give it that fall flavor you’ve been craving all summer long.

The maple syrup we use in this beer is tapped from trees in Western PA on a farm owned by the Grinarml fammily. A childhood friend of our fonder, Laura Almond, married into the family and made the introduction in our early days of production. This provides us with the freshest wholly unprocessed maple syrup we can find; made close to home and supporting our community.

The base of this beer was originally used in a home concoction our owner made for those long nights playing poker. In those days it was infused with pharmaceutical grade caffeine, taurine and vitamin b and was the craft beer drinkers answer to red bull. Unfortunately the government frowns upon putting caffeine or vitamins into beer so we had to infuse it with something else. It was fall of 2009 when we first brewed this beer and the Philadelphia Phillies were in the playoffs so we infused this beer to taste like fall and called it Red October and later changed the name to Red Zone to better meet explain the availability of the beer.

Heads up! Prism Red Zone may not be available near you. Follow this beer to get notified when it's available nearby, try searching in a different area, or discover some similar beer.