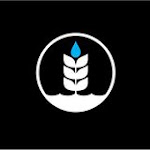 A bright, crisp and refreshingly tart sunshine beer featuring a light, hazy color with lactic and sourdough notes on the nose. This classic Berliner Weisse features Raw & Organic Dragon Fruit (Pitaya) from San Diego's own Pitaya Plus whose non-GMO farms are located in Nicaragua. The Pitaya adds both color and flavor depth to this sessionable and effervescent German classic.

Once the most popular drink in Berlin around the late 19th century, the spritzy Berliner Weisse is traditionally fermented using a mixture of yeast and lactic bacteria. In this variation, Winslow uses a vegan yogurt to sour the wort before boiling and then ferments with a German Ale Yeast.

Heads up! Pure Project Delphyne may not be available near you. Follow this beer to get notified when it's available nearby, try searching in a different area, or discover some similar beer.