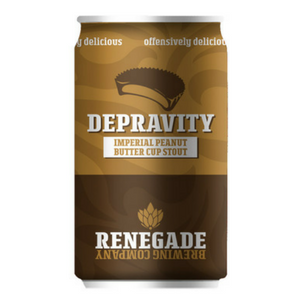 Rich, chocolaty, peanut buttery, and just big enough to stand up to all that amazing peanut butter cup flavor. Depravity is the result of a weird, delicious beer experimentation. Immediately following Halloween 2011, company founder Brian bought some discounted peanut butter cups which he then decided to throw into a small batch of milk stout to see what would happen. The resulting beer was such a hit, he decided to brew a full batch for New Year’s Eve, which in turn was so popular that it has become an annual tradition. And why shouldn’t it be? Depravity packs in more than a pound each of peanut butter cups and powdered peanut butter per keg.

Heads up! Renegade Depravity Imperial Peanut Butter Cup Stout may not be available near you. Follow this beer to get notified when it's available nearby, try searching in a different area, or discover some similar beer. 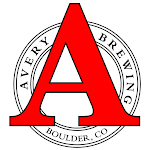 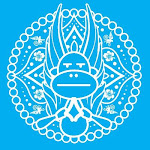 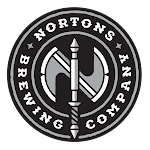