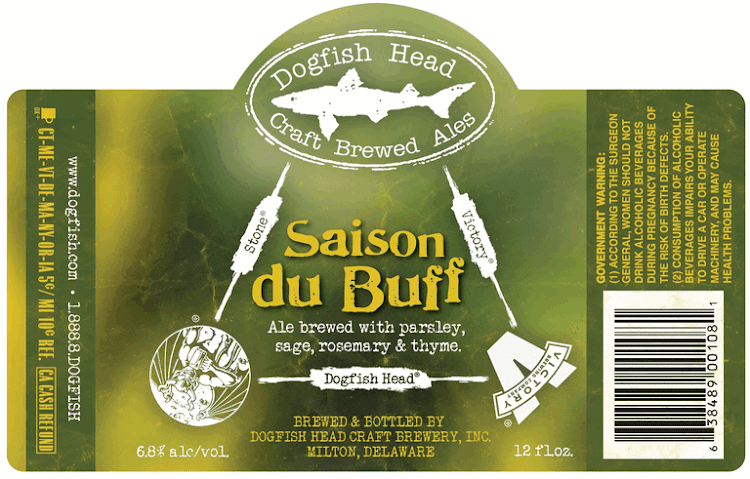 This beer is collaboration between Dogfish Head, Stone Brewing Co. (Escondido, CA) and Victory Brewing Company (Downingtown, PA).
The idea for this beer germinated way back in 2003 when the three guys (Sam from Dogfish, Greg from Stone and Bill from Victory) formed the BUFF alliance (Brewers United for Freedom of Flavor) - a noble endeavor with the goal to highlight the passion and camaraderie of the American craft brew movement.

So, BUFF didn't really do anything (beyond talk a lot of talk) until 2010 when the three brewers finally got together to jointly brew at beer at the Stone Brewery. Saison du BUFF was first brewed at Stone and then replicated at each of the other two breweries - same recipe, same ingredients, three different breweries throughout 2010. The brewers have a repeat performance planned for 2012!
Saison du BUFF is a 6.8% ABV Saison brewed with parsley, sage, rosemary and thyme. The beer is brewed three times, once at each brewery using the same recipe.

Heads up! Stone / Dogfish Head / Victory Saison Du Buff may not be available near you. Follow this beer to get notified when it's available nearby, try searching in a different area, or discover some similar beer.

Our brewers wanted to make a beer that went down easy after a day out on the water. Big Wave Golden Ale is just the ticket. Big Wave is a lighter bodied golden ale with a tropical hop aroma and flavor – a smooth, easy drinking refreshing ale. The use of caramel malt contributes to the golden hue of this beer and our special blend of hops provides bright quenching finish. 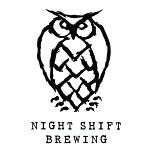 Our flagship New England pale ale is brewed with a malt bill of wheat, oats, and barley; Mosaic and Summer hops are used in the kettle, 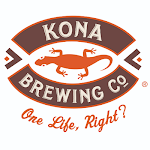 Big Wave is a light golden ale with a subtle fruitiness and delicate hop aroma that makes for a smooth, easy drinking refreshing ale.