Translated as “old beer”, our Altbier is based on the traditional style found along the northern German coast . The style’s name refers to this beer’s brewing process compared to the “new” style lagers that stormed the world in the late 1800’s. An ale yeast is fermented at a cooler temperature for a longer period of time than usual, giving this hybrid characteristics of both an ale & lager much like its cousin Kolsch. The distinct hop bite is accompanied by bready flavors and a clean finish, proving the north remembers how to party just like their Bavarian brethren. Limited Release. O.G. 1049, IBU 37, ABV 5%

Heads up! Stone's Throw Bremerhaven Altbier may not be available near you. Follow this beer to get notified when it's available nearby, try searching in a different area, or discover some similar beer. 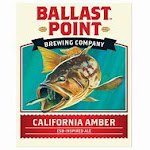 A rich, copper ale with a bold complexity and a fruity, madeira-like richness, with a distinct bite and floral aroma.

Brewed from buckwheat, millet, quinoa and brown rice. The nose is marked by aromas of ripe plums and caramel while the mouth evokes hints of toast and roasted chestnuts.

The caramel and vanilla complexity unique to this beer comes from the exotic Paraguayan Palo Santo wood from which our brewing tanks were crafted.