Little Rock’s first brewers were German-born Alexander and Henry George who operated a biergarten in the mid-1800s on Rock Street. The George brothers came from a warmer region of Germany which suggests that their beer would have been similar to Belgian style farmhouse ales. Additional research revealed which brewing ingredients would have been locally available to the George brothers in 1841. Heritage malts and local honey bring terroir to this historic brew. First brewed to commemorate the 75th anniversary of the Historic Arkansas Museum. Limited Release. OG 1061, IBU 25, ABV 7%

Heads up! Stone's Throw George Bros. Historic AR Ale may not be available near you. Follow this beer to get notified when it's available nearby, try searching in a different area, or discover some similar beer.

The American Pale Ale is Glutenberg’s first incursion in the universe of hoppy beers. A savoury concoction with citrusy notes, it perfectly showcases the brewery’s versatility. Its orange and grapefruit aromas softly temper the straight-up character of American hops by endowing it with a slight touch of bitterness. The result is a delectable, balanced, resinous and full-bodied beer. 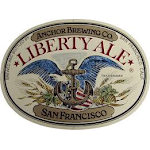 Unique piney and grapefruit aromas from the use of whole-cone American hops have fascinated beer drinkers for decades and made this beer a classic.