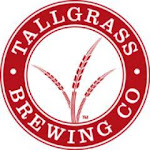 Raspberry Jam is our ode to the groundbreaking sights and sounds of 1960s and 1970s rock music.
Light and refreshing, with its crisp natural tartness balanced by the addition of raspberries, this Berliner Weisse was initially developed at our brewpub, the Tallgrass Tap House. In the traditional German fashion, the brewpub version was served with a sampling of 1 oz. shots of flavored syrup which impart additional flavors into the beer. When the raspberry version became a huge hit, we decided it should “go on tour” as part of the Explorer Series. Pucker up and rock on!