Rochefort 8, the newest addition to the line, dates from 1955. Originally this beer was only brewed for New Year’s Eve celebrations. Rochefort 8 begins with a density of 20.8º Plato and reaches a final 9.2% ABV. Masculine in character, it lends itself best to being enjoyed among friends! Due to the overwhelming success of this beer, the monks decided around 1960 to brew it on a regular basis. Sometimes this beer is also referred to as the Special. 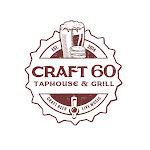