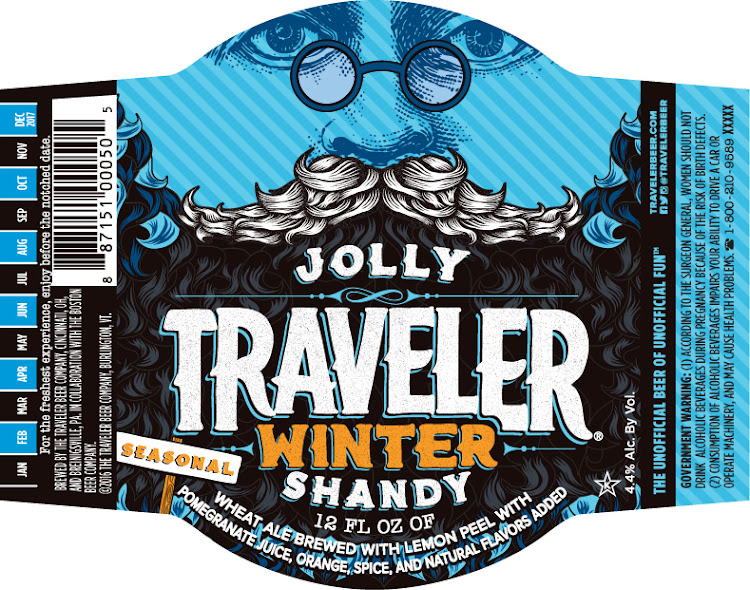 Brewed by The Traveler Beer Co.

Jolly Traveler is a cheerful winter beer inspired by the senses of the season. A wheat beer made with real orange, pomegranate and holiday spices, this Traveler is a refreshing libation for the season of festivity.
Jolly, merry and bright.

Driven by a desire to embrace all things wintry, the Jolly Traveler dwells deep in the northernmost regions of the hemisphere. He passes the time pondering Greek philosophy, tending to his 225-square-foot cabin and sled dogs, and communing with nature – even the occasional curious polar bear. Monthly air drops of supplies keep his pantry stocked. Late fall deliveries are highly anticipated, because that’s when he receives the ingredients to brew a truly refreshing WINTER SHANDY, with notes of spice, orange, and pomegranate.

Once the Shandy is ready in early winter, he packs up the sled and mushes his dog team south to catch up with family and friends over the invigorating libation that annually heralds winter’s triumphant return.

Heads up! Traveler Jolly Traveler Shandy may not be available near you. Follow this beer to get notified when it's available nearby, try searching in a different area, or discover some similar beer. 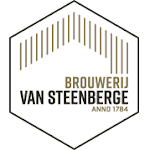 Brewed for Monk's Café in Philadelphia, but also available for retail purchase elsewhere. Oud Bruin in style; a traditional blend of young and old beers.

Unfiltered and cloudy with a solid foamy head, and a distinctive, hazy rose color. The scent of fresh raspberries hits the nose immediately, along with a subtle bready aroma from the wheat and yeast. Finishes cleanly in a semi-dry, tart finish.