On August 26th, we celebrate Women's Equality Day with the 2020 release of 39 Words. The Women of VBC have again come together this year to design and brew a new batch of 39 Words to commemorate the 100th anniversary of women's suffrage.

This year's version of 39 Words -- named after the number of words in the 19th Amendment, passed to the U.S. Constitution in 1920 -- is a Moscow Mule-inspired Ale brewed with Blackberries, Ginger, and Mint.

The entire VBC team welcomes you to join the celebration of diversity, inclusivity, and beer brewed for all in honor of Women's Equality Day 2020! #BeerPeoplePurpose

Heads up! Virginia Beer Co. 39 Words (2020) may not be available near you. Follow this beer to get notified when it's available nearby, try searching in a different area, or discover some similar beer. 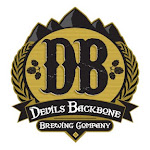 A beer that’s low on calories and bursting with juicy peach & mango flavors so you can soak up every last drop of sunlight and beer without the added calories. 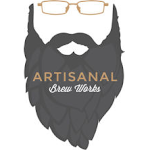