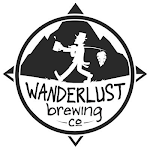 A refreshing tart and fruity wheat ale with a salt characterInspired by a trip to Leipzig, Germany, the original home of Gose. This beer is tart, crisp, and slightly fruity with just a hint of salinity. Traditional Leipziger Gose isn’t bracingly sour, nor is it salty like the ocean, but instead finds a balance between a refreshing lemonade-like tartness coupled with a dry finish imparted by the salt which begs you to take another sip. A traditional German Hefeweizen yeast gives just a hint of banana and clove, while accentuating the graininess of the large amount of wheat that is used in the beer.

Heads up! Wanderlust Bahnoff Gose may not be available near you. Follow this beer to get notified when it's available nearby, try searching in a different area, or discover some similar beer.