The search for the authenticity of the product does not accept compromises that would restrict the
quality of our beers.
This is theidea that in an autumn day in 2005 brought together Giovanni Campari, graduate in Food
Science and Technology and a past as home brewer and Manuel Piccoli, the brewery’s executive
entrepreneurial mind with a precise vision for growth and development.
Founded as madness, thanks to the obstinacy and a futuristic vision of the two, the brewery was
opened in Roncole Verdi, 27 March 2007.
Thanks to their skills and commitment, Ducato excelled in national and international contests. but
the greatest international award came from a growing number of admirers and fans in all over the
world, exporting to 18 countries in the world that accounts for 35% of production.
Our cellar in the brewery of Roncole Verdi now has a total 120 barriques and 8barrels (44, 54 and
80 Hl) with a total volume of 700 Hl. To satisfied the huge demand for our sour beers, the brewery
of Roncole Verdi is now a Sour Brewery.
We will finally be full steam operating with plant that will have a fully automatic brewhouse 5
vessels of 60 hectoliters by which we can substantially increase the amount of production. Now
with the new brewery and the opening of the first pub in London "The Italian Job" with only Italian
craft beer, the brewery is ready to write new pages of beers. 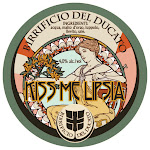 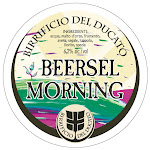 A blend of New Morning and 18 month aged 3 Fonteinen Lambic refined for at least 12 months in bottle. It has a surprisingly citrus nose of leather, cellar with hints of dried flowers and honey. Lasting and sapid in the mouth with a sour finish that always makes the lovers of this blend smile. 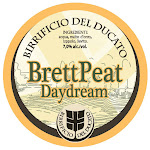 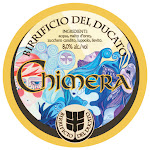 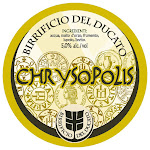 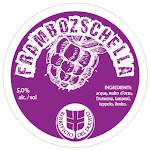 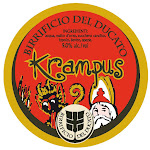 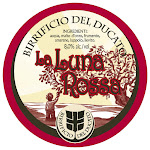 Imperial Stout with chilies. It is deep dark ebony in color with a cappuccino head. The nose has aromas of chocolate, licorice, coffee grounds and tobacco with alcohol nuances. Its full bodied, long lasting, smooth and dry mouth is followed by a surprisingly hot finish.