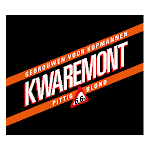 This Blonde is just like the killer climb of the OudeKwaremont in the Flemish Ardennes: fiery and packedwith character. A full-malt bier that delivers just the rightamount of sweetness.

Petrus Aged Pale is a 100% beer from our foeders. Michael Jackson, the beer hunter, chose the name in the late 1990s – and he was the first to sell this beer in his beer clubs. Today, it is still the reference for sour beers in the US. Petrus Aged Pale has won multiple gold medals in beer competitions worldwide. Moreover, ever since the start of the brewery, the beer has been used as a blending-beer with other beers to give them fresh, slightly sour flavors and aromas.