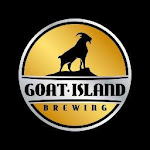 This antique light golden pilsner is influenced by German and American traditions, much like the German immigrants that founded Cullman, Alabama in the late 1800’s. A local merchant found a hand written beer recipe in the attic of his old downtown building in Cullman. The recipe was found with other personal items of William Frederick Richter, who owned Richter’s Saloon in the late 1800’s. The mixture of English and Old German was eventually translated and resurrected.

This malty German marzen is full of Munich malt with a hint of sweet crystal malts. This is the delicious beer that sold out in minutes at the 2013 Cullman Oktoberfest. The first locally brewed beer sold in Cullman since the 1880s. Oh yeah, that beer!