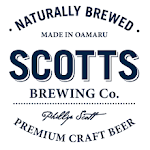 Scotts Brewing Co. is based at the foot of Oamaru’s Victorian Harbour Precinct. Overlooking Friendly Bay, the brewery’s sheltered sunny deck and beer garden is the perfect setting for enjoying a cold one, in a true southern style!

...It's been a long dry spell for the region, when the elections of 1905 put a cork in commercial brewing in Oamaru, until now...

Pioneering in gluten free beer from a back shed in West Auckland to an industrious and inventive production brewery in a old railways good shed building in the far south, the Scotts team have developed their craft and mastered the tricks of the trade. Inspired by the bounty of this Southern region, one brewery move later…Scotts Brewing Co. with local grain, South Island hops and Southern Alpine water is now brewing premium craft beer - strictly for your enjoyment!

...Scotts Nineteen 05 Golden Ale, is the first commercial brew made in Oamaru in over 100 years!

With an ever changing range of Scotts craft beer & guest taps, a refined spirit & wine list with the best of New Zealand's regional offerings and gourmet pizza to match every inclination – Scotts Brewery is a must stop, or stay, while visiting Oamaru.

...The tides have turned for this drought stricken land. Scotts Brewing Co. is proud to present the former beer drinker, beer once more! 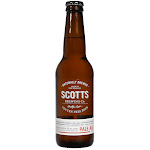 Brewed with alternative grain to barley malt (corn, sorghm & buckwheat) New Zealands’ only gluten free beer is a real standout, balancing a light honey taste with bitey bitterness and crisp citrus notes. Light in body this beer is not just for those with the affliction, it’ll leave you light on your toes and thoroughly refreshed! This is no ordinary beer. 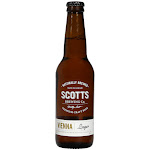 Originating in Austria, the Vienna Lager really took off in America pre-1919 (when prohibition began), hence coined thE “Pre Prohibition Lager”. Our old world Vienna-style lager begins with crystal clear Alpine Water. Fermented very cold and slow. The result is a copper coloured lager that has a noted malty sweetness with a touch more richness than your usual lager. Hopped to balance the distinct toasty malt profile. The finish – clean, crisp and perfectly dry. 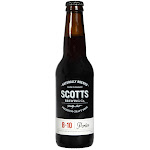 We like to think of this Porter as a historic artifact, retelling the stories of how this style oiled the wheels of the industrial revolution and was the thirst-quenching beer of the masses. This London-style brown Porter has lots of chewy English style malts, all grown locally of course – our Porter is a fantastic showcase of NZ malts. Caramel sweetness, coffee and milk chocolate notes, drawn from deeply roasted malts to create a complex combination of fine flavour. A great style to slowly sip on over long conversations about how good dark beer really is! 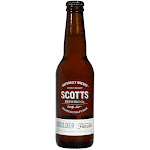 Only in the last 200 or so years, hops have become synonymous with beer, first as a preservative and later as flavour enhancer. With time, the term ‘ale’ was repurposed to describe a variety of beer full of hops, a real beer for the real beer arbiter. In designing this recipe the brewers had in mind a ‘sessionable’ Pale Ale. A semi chewy mix of ale, pilsner and crystal malt provides our Boulder with a smooth malty backbone to balance the late addition hops of Cascade, Pacifica and Motueka. This flagrant ale delivers with broad citrus & passion fruit notes resulting in a big and ballsy drop.

Meet our damn fine chap, he’s jaunty, refined and well bred. This chap can be a dry, but overall very pleasant. With a light blush hue, this cider packs a punch, delicate raspberry flavor’s dance over the palate, whist still holding onto the dryness of Scotts ‘parched’ apple cider. A celebration of the late berries and delicious apples otago region is known for, you couldn’t hope for a more delicious way to toast summers arrival… best served over ice with a wedge of lemon, in the company of one or several damn fine chaps! 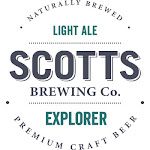 Inspired by Captain Scott and his two Antarctic expeditions 100 years prior, this light ale will quench your thirst and keep those sea legs stalwart…to venture on. Brewed with ale malts and a hint of crystal malt, this ale leaves a nice residual sweetness. 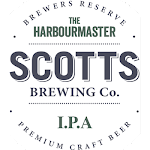 Back in the glory days of Oamaru, when beer was swilled and trouble abounded, the unyielding Harbourmaster bought order to the harbor – the centre of the chaos. Working from a little red cottage, he was a quiet man, who packed a punch, just like this tasty Ale! The Harbourmaster will most certainly keep you in line…..Scotts Brewers Reserve, this Indian Pale Ale recipe uses a world of ingredients; top fermented in west coast USA yeast strain, mashed into American Ale Malt, hopped and dry hopped with NZ hops. 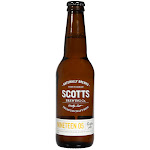 It was a long dry spell for the region since the year 1905 when prohibition put a cork in all brewing in the area... A hundred years on; Scotts pioneer brew is an extremely approachable beer for those who thirst. This beer is as a hybrid; ale brewed as a lager. Light carbonation, with delicate hop hints of citrus & tropical fruits, then leveled with local, fine-grained pilsner malt – resulting in the ultimate light and punchy drop.

The exact definition of “cider” varies from one geographical region to another. In Europe, cider is an alcoholic drink made from fermented juice of apples, whereas in America cider often simply refers to unfermented apple juice while the alcoholic version is generally called “hard cider”. It is important to clarify the use of the term at a bar, as you wouldn’t want to be caught drinking apple juice on a Friday night. So if you’re feeling parched ol’ mate, lets be clear...Our cider is ultra dry and very hard. With an effervescent mouthfeel it delivers a sharp and clean finale, best served over ice. 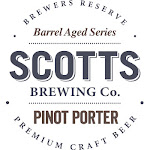 There is something poetic, almost romantic, about a freshly-poured pint of porter from a nitro tap. The cascading effect is mesmerizing; the waterfall of tiny bubbles slowly yielding to a dark brew with a fluffy, white head that is oh, so delicious. When we talk of nitro, it’s a reference to the type of gas used in the carbonation process. It means the difference between the creamier nitrogen beers and their lively, prickly CO2 counterparts. We aged a fine tasting Porter in Central Otago Pinot Noir barrels for 4 months. The result is a thick mouth feel of roasted coffee and caramel with light and smooth tannins coming through from the oak. 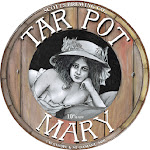 This cantankerous lass came to notoriety, not least of all by catching ‘more than the eye’ of the wayfaring stranger, come to rest his laurels from the hardships of land and sea. Scotts have created this brazen brew in her honor. Our Tar Pot Mary is a whisky oak barrel soaked, tar-black stout, and carries more than a tipple of warming whisky… Out of stock.