St. Peter’s Brewery is based at St. Peter South Elmham, near Bungay in Suffolk. The brewery itself was built in 1996 and is housed in an attractive range of traditional former agricultural buildings adjacent to St. Peter’s Hall.

Siting the brewery at St. Peter’s was ideal because of the excellent water quality from our own deep bore-hole. Locally malted barley is used, together with Kentish hops, to produce a range of classical English cask-conditioned ales. In addition the company produces a range of superb bottled beers.

We brew ‘traditional’ beers (bitters, mild etc.) as well as some more unusual beers such as honey porter and fruit beer. (We are replicating what was common practice up to the Nineteenth Century to add fruits and honey to beers to create special seasonal brews).

Thus blackcurrant and gooseberry beers would be brewed when soft fruits were readily available while at Christmas-time dried fruits, spices and orange peel would be added to create a special Christmas Ale. 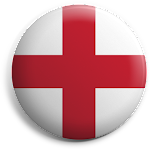 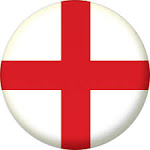