Come join us for Sierra Nevada's new Oktoberfest beer launch - A German-American collaboration on the classic festival beer. Event will include tastings, souvenirs, games and giveaways.&nbsp; A very limited and special event.

It's that time of year again! It's our annual Toys 4 Tots drive here at Billco's!!! Free entry if you bring a toy to donate!$10 entry fee if you show up empty handed.FREE pool and darts all day long!!!FREE buffet meal for all that attend!!!Silent auction with some AMAZING items to bid on!!!Every beer you buy gets you a ticket for raffle prizes!!!Live music all day long, starting at 1pm including:WillieThe PicklesOtis & The SmokestacksThe Last ResortShelby LantermanC4 Inc.The Sorry LotSo don't be a scrooge this year. Come on down and join us in spreading the holiday spirit in our community!

We are very excited to announce that Berkeley's Fieldwork Brewing Co. is coming to Pint Size Lounge Thursday January 21st at 4 pm! We will be featuring: - Sea Farmer, a salted grapefruit IPA - Tundra Triple IPA- Chocolate Milk Brown (Nitro)- Mandarina Tart Saison - Ancient Mariner Lime Gose- Amarillo Weisse, a Berliner WeissePints will be varying prices and Fieldwork tulip glasses will be $2.50 each with the purchase of a beer! 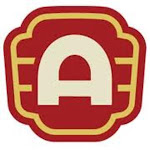 Alpine Brewing and Fieldwork Brewing Co. have teamed up and released Relative Hoppiness, a double IPA, that we are tapping TODAY. The keg will be tapped at 5pm tonight, Monday, Febraury 22nd! Supplies will NOT last long so come by and have a pint before it's all gone!&nbsp;

Tonight we are tapping High West-ified Imperial Coffee Stout from Lagunitas! A big thanks to everyone who came by last night to try Relative Hoppiness - we finished the entire keg yesterday! Let's see if we can do that again tonight with this delicious stout!&nbsp;

On Thursday February 25th, Pint Size Lounge will be featuring five delicious beers from Hop Valley Brewing Company, two of which have never been on tap in Marin County! Beers include: Dub Hop, Imperial IPAAlpha Centauri Double IPACitrus Mistress IPA, 1st keg to be tapped in Marin! Neon Prince IPARed, Red Ale, 1st keg to be tapped in Marin! In addition to the delcious beers Hop Valley Brewing Co. is bringing, there will also be various swag to grab, as well as a raffle each hour and a free glass with your first Hop Valley beer! We hope to see you here!

LA's Golden Road Brewing will be in for an evening of pints and flights! Free Golden Road Brewing glassware (while supplies last).&nbsp;We'll be pouring:329 Lager - American LagerBerliner WeisseCitra Bend - Hoppy American WheatGet Up Offa That Brown - Brown AleHefeweizenRide On - IPAWolf Among Weeds - Double IPACome out and meet the brewers and team from Golden Road Brewing and enjoy some great BBQ and Beer!

Today we are tapping Pineapple Sculpin IPA from Ballast Point! Come in and try!

Join us this Saturday for our Live Music night! Our local band will be playing cover songs from TOP40, R&amp;B, OLD SCHOOL &amp; THE BLUES. Come in for a night of good craft beer, pizza, music and people.

Hey Pint Size Loungers, do you like beer? Do you want to learn more about it? Now you have the chance!The wonderful John will be teaching a class in beer knowledge, covering: - The history of beer- What beer is- Definitions of beer terms - How to taste beer - The different styles of beer- The difference between Ales and Lagers - The wonderful world of HopsWhen: Sunday March 20th from 2:30 pm to 3:30 pm Cost: $25 per person, which includes the lessons above as well as beer tasting! Space is limited to 10 people, so hurry to Pint Size Lounge to sign up! And if you know anyone who would be interested in taking the class, share or invite them to sign up as well. We hope to see you here!

What goes better with a great stout than a Johnny Doughnut? We can't think of anything either, so next weekend we are pairing Johnny Doughnuts with three delicious stouts.Beers include: - Kentucky Breakfast Stout (KBS) (2016) from Founders -What we’ve got here is an imperial stout brewed with a massive amount of coffee and chocolates, then cave-aged in oak bourbon barrels for an entire year to make sure wonderful bourbon undertones come through in the finish. - High West-Ified Imperial Coffee Stout from Lagunitas -The 100% barrel-aged High West-ified Coffee Stout. Brewed with Coffee from our friends at Petaluma Coffee & Tea, then aged in Rye Whiskey barrels from High West Distillery in Park City, Utah- Hot Chocolate Export Stout from Fieldwork -Hot Chocolate is an ode to the beauty that is Mexican Hot Chocolate. With a base beer consisting of a softly bittered Foreign Export Stout we then added copious amounts of TCHO Chocolate, Cinnamon, Nutmeg, Cayenne Pepper, and Ancho Chilies.April 7th - April 9th - see you here! Cheers!

An Evening with Drake's Brewing Company

Monday April 11th we will be tapping Morado Punch from Fieldwork Brewing Co. This limited release beer was brewed to honor Fieldwork's 1st Anniversary and is the 80th beer they have brewed. Fieldwork describes the beer as, "Crashing into your palate like the Kool-Aid man blasting through the wall of a brewery in Vermont; Morado Punch is a Northeast-styled IPA that is over saturated with Mosaic and El Dorado hops. Its nose can travel the length of the bar it's poured at, piquing interest at every seat. Juicy upfront notes of peach sorbet, cantaloupe, ruby red grapefruit, and tropical pu...nch drench the senses. The bold aroma translates literally onto the palate, tasting like a refreshing fruit smoothie with mild bitterness and a hint of toffee-like residue on your lips; only accentuating the sweet and fruity nature of these two complex and delectable hops. As the ample-bodied IPA flows across your taste buds it leaves a vibrant and tropical fruit juice profile that you could justify as part of your well balanced breakfast."Come grab a pint with us on Monday to celebrate!Cheers!

Hey folks - back by popular demand is Beer 101! If you've been wanting to learn about beer and missed the first class we had, here's your chance to come learn!Topics for the class include: - The history of beer- What beer is- Definitions of beer terms - How to taste beer - The different styles of beer- The difference between Ales and Lagers - The wonderful world of HopsWhen: Sunday April 17th from 2:30 pm to 3:30 pm Cost: $25 per person, which includes the lessons above as well as beer tasting! Space is limited to 10 people, so hurry to Pint Size Lounge to sign up! And if you know anyone who would be interested in taking the class, share or invite them to sign up as well. We hope to see you here!

The Pint Size Lounge is kicking off Sour Sundays this Sunday April 17 at 4pm. Every Sunday we will be tapping a new sour beer right when we open. To start things off we have Fieldwork's Tart Cherry Gose. See you there!Cheers!

We'll be tapping our keg of Lagunitas The Waldos' Special Ale at 4:20 p.m. Free Lagunitas mason jars while they last!

Berkeley's Fieldwork Brewing Company will be in for an evening of pints and flights! If you haven't gotten a chance to try any of their beers, now's the chance! Free Fieldwork tulip glasses (while supplies last).&nbsp;We'll be pouring: Amnesia Haze IPADaypack Pale AleNug Champa Double IPASaint Thomas IPATart Cherry Gose Come out and meet Tiffany from Fieldwork Brewing Company and enjoy some great BBQ and Beer! 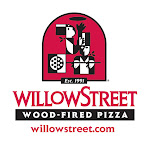 Enjoy wine tasting, music and restaurant samplings as you stroll through Downtown Los Gatos and Old Town Shopping Center .&nbsp; Willow Street will be featuring tastes of your favoite food and carica wines. Tickets are on sale now, so buy early and save! Ticket includes wine glass. (must be 21 or older) Tickets $40 in advance, $50 on day of event if available. Advanced Ticket sales will close at midnight on Thursday, Sept. 27th Purchase Tickets at www.losgatoschamber.com or call 408.354.9300

This Sunday we will be tapping Boulevard's Ginger Lemon Radler. Come grab a pint with us at 4:00pm. See you there!Cheers!

This Sunday we will be tapping Funky Gold Simcoe brewed by Prairie Artisan Ales. Come grab a pint with us at 4:00pm. See you there! Cheers!