This year we added oats to improve mouthfeel. This addition also produces complex sugars for the ‘team’ of wild yeasts and bacteria living in our oak barrels to consume and convert into highly complex flavors and aromatics.

We initially fermented this beer with our house ale yeast, and upon the completion of primary fermentation we transferred the beer to oak barrels. In order to continue producing unique American Sour style ales, we have expanded our
oak barrel fleet, inoculating many with rare and exotic strains of Lactobacillus, Brettanomyces, and Pediococcus.

For American Sour 2015, we hand-selected each barrel for blending to create a truly one of a kind Grand Teton Brewing sour beer. By aging this sour ale in a wide range of barrels, we know we selected and blended the highest quality beer.

Heads up! Grand Teton American Sour 2015 may not be available near you. Follow this beer to get notified when it's available nearby, try searching in a different area, or discover some similar beer. 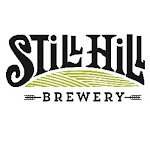 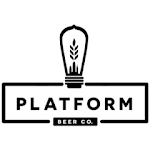 Platform The Ghost Inside