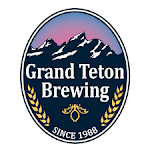 For American Sour 2015, we hand-selected each barrel for blending to create a truly one of a kind Grand Teton Brewing sour beer.

Pursuit of Hoppiness American Red was brewed to showcase the role of hops in the flavor of beer. Like all of our 2009 Cellar Reserve series, it was brewed in strict compliance with the Reinheitsgebot, or German Beer Purity Law. Hops are a climbing plant, a member of the nettle family that also includes mulberry, elm, and hops' closest cousin, Cannabis sativa. Hops have been a key ingredient in beer for at least several centuries, and perhaps even longer. They might be the plant mentioned in the Jewish Talmud in relation to "strong drink." Pliny described them in his Natural History, saying the hop grew "wild among the willows, like a wolf among sheep." Hops' scientific name, Humulus lupulus comes from the Latin lupus, or wolf. Since the 8th century hops have been included in descriptions of monasteries, particularly in Bohemia, southern Germany, northern France and Flanders, but the first undisputed reference to hops in beer is by the Benedictine Sister Hildegarde (1098-1179). Her natural history writings mention hops and ash leaves in beer (and cannabis as a cure for headaches). Perhaps because of their superior preservative qualities, hops have become by far the dominant spice in beer. Hops lower the pH of beer, protecting it from spoilage. They provide flavor, aroma, and bitterness to balance the natural sweetness of the malt. Scientists have identified more than 300 natural chemical compounds in hops' essential oils, and professional tasters have come up with scores of aroma and flavor comparisons, from anise, basil and cedar to tobacco, violets and wet hay. The hops grown in the United States are considered to be some of the best in the world. Compared to their more traditionally subdued, elegant European counterparts, American hops are bold, bright, piney and zesty. Pursuit of Hoppiness was brewed to showcase the brash beauty of American hops: Summit, Simcoe, Chinook and Nuggets at 100 International Bitterness Units (IBU). It was brewed with Idaho 2-Row malted barley and German specialty malts to provide a rich, slightly caramel flavor and bold reddish color. At 22 degrees Plato starting gravity and about 8% alcohol by volume, this is a perfect autumn beer, thick and warming, to be shared and savored on a crisp fall evening. A wonderful beer with food, Pursuit of Hoppiness' slightly sweet, caramel flavors complement any grilled meat, chicken, barbecue, salmon, or (perfect for the fall) roasted root vegetables. It's great with pizza and robust pasta dishes. The spicy, citrusy hops even play nicely with our favorite autumn dessert, pumpkin pie. As is traditional, and like all of our Cellar Reserve beers, Pursuit of Hoppiness is bottle-conditioned so it will age well if properly stored. Because hop flavor and bitterness diminish with time, though, we recommend you drink this one fresh. The yeast in the bottle provides earthy, nutty flavor and is rich in B vitamins. It can be swirled and poured into the glass, or the beer can be decanted carefully off the yeast, according to the drinker’s preference.

The reddish Munich malts in this beer provide a spicy sweetness and some caramel notes that perfectly complement roast or grilled chicken, pizza, or pasta with red sauce 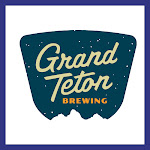 Howling Wolf Weisse Bier is an unfiltered Bavarian-style Hefeweizen. Brewed with a hearty amount of wheat, this Weissbier pours a light clouded golden color with a generous head. Gently hopped to balance the malt sweetness, Howling Wolf’s flavors and aromas are subtle with a hint of fruit and spice. At 5% alcohol by volume, this light-bodied ale is a refreshing session beer for any time of year.

Grand Teton In Pursuit Of Hoppiness 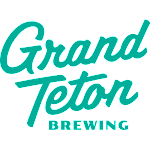 Brewed with black roasted barley, biscuit and peat-smoked malt. It was gently hopped, fermented cool and aged cold for weeks for smoothness. It is copper-brown in color, with some sweet maltiness and plenty of body.

As usual with our Cellar Reserves, we’ve taken a traditional style and added our own twist. In this case we’ve tripled the strength over the traditional beer, which should only increase its aging potential. For the primary fermentation we used a traditional Bavarian hefeweizen yeast that produces soft notes of banana and clove. We followed that with lactobacillus and six months in conditioning to create a complex fruity acidity that compliments the soft sweet malt tones and a unique ale that is

Grand Teton Southbound And Down

Aged in oak barrels Splash Down is a smooth and crisp Golden Ale, brewed with Belgian practices and techniques in mind. True to style, this beer starts sweet, then finishes dry with a mild yet progressive bitterness from European Noble hops.

Bold and intense bitterness and piney, zesty aroma. The full body and dry finish create a refreshing ale, perfect for any crisp afternoon or cool evening.